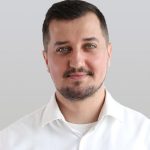 Providing solutions for any ANPR-related request, solving our customers’ arising issues, and seeing a huge smile on our customers’ faces after successful projects. These are my ultimate goals to be achieved as a proud member of our enthusiastic and success-oriented team. Thus if you have any questions in mind regarding our ANPR portfolio, I am at your service.

We use the word “smart” a lot these days to denote next-generation technology where information is captured, transferred, and utilized seamlessly to make people’s life even more convenient. Cell phones, cars, and even refrigerators come with the “smart” branding. Nowadays, even cities are becoming smart. These smart cities are technological and architectural marvels, so it isn’t surprising that the public has noticed them. However, it also led many people to wonder what exactly a smart city is.

The short answer is that it’s a city comprising cutting-edge, tech-driven structures connected through cellular networks to provide a sustainable and better living experience. For the long answer, read on.

What is a Smart City?

Though the term smart city is new, the idea isn’t. Ancient Romans also utilized their levels of technology to make life easier and sustainable. In modern times, the term smart city describes municipalities that use technology to solve their resident’s problems and provide various services. In a smart city, virtually everything connects the Internet of Things (IoT) to reduce waste, maximize the economy, improve the lives of its residents and encourage social inclusion through this connectivity. Additionally, the smart city improves transportation, accessibility, sustainability, and gives its citizens a voice through this augmented network.

Although anything that connects to the internet and isn’t meant for individual use can be considered a part of the smart city, we will focus on one particular device, the ANPR or traffic monitoring camera.

What Is An ANPR Camera?

Automatic Number Plate Recognition is a powerful technology based on optical character recognition or OCR. The role of ANPR in traffic monitoring is to capture detailed images of cars, run them through a dedicated program, and bring up their details in a readable format for computers and users alike. The core of the technology is the ANPR camera. The technological leap that ANPR brings is especially beneficial in a smart city where internet connectivity is everywhere.

Thanks to their robust functionality, ANPR cameras can improve smart city functions and automate tasks by recognizing number plates from videos and images. See examples below of how ANPR cameras can enhance the operations of a smart city in practice.

Thanks to their vast network of connections, ANPR cameras are excellent for long-term traffic planning in a smart city. In addition, its interconnected network can assist in near-real-time response to traffic accidents. Whether it’s a car crash, a hit-and-run case, or a robbery, ANPR cameras can easily take pictures of the scene and send them to law enforcement authorities. Additionally, they can clear the way for an ambulance, helping it arrive at the accident scene as soon as possible.

When an ANPR camera captures a vehicle, it immediately pulls out various details about it from several databases. These “fingerprints” include time and date, GPS coordinates, the license plate, and optionally the car’s color, make and model. If something suspicious happens – like the license plate appears on a different car type – the system will raise the alarm, which law enforcement officials can immediately act upon.

Smart cities are about efficiency and convenience. As such, one of their most essential features is toll automation. Lack of automation at a toll station can cause several highway accidents, not to mention traffic jams. With an ANPR camera monitoring the tolling process, barriers lift themselves automatically, saving significant time.

How Does ANPR Software Work?

ANPR camera software can be divided into three sections:

Detection is the tricky part of ANPR camera technology. Depending on the traffic, vehicles can be moving fast or slow. In addition, the changing velocity of cars can be challenging for proper image triggering. Traditional ANPR cameras use sensors built over or under the surface of roads to capture images of moving cars. On the contrary, the latest ANPR camera technology uses accurate non-intrusive methods that can be software-based or hardware-based, like radar or laser. In the case of Vidar, Adaptive Recognition’s latest ANPR camera, built-in laser technology, is used to detect moving traffic with 99+% accuracy, making Vidar ANPR cameras true market leaders.

One of the many impactful features of high-tech cameras – and the software behind them – is make and model recognition. For example, the Carmen® ANPR Image software can return substantial information about any vehicle that crosses its vision. Another Adaptive Recognition software, Carmen® Make & Model recognition, ups the ante by recognizing vehicles based on their color, make, and model. This information is crucial for law-enforcement officers in tracking offenders and their criminal records, going as far as identifying stolen license plates or even repainted cars.

It is an application/interface developed by system integrators, tailored explicitly to end-users’ needs. End-users can be various authorities, cities, law enforcement, etc.

A smart city with ANPR cameras is a safe place to live. Moreover, IoT has made several innovations to improve smart cities’ living standards and connectivity. While there is still room for improvement, there is no denying that soon smart cities will take over, and we will connect and share everything through the internet. Until then, ANPR cameras are doing the job of connecting law enforcement, toll stations, and parking zones via its number plate recognition system, creating the foundation of smart cities worldwide.