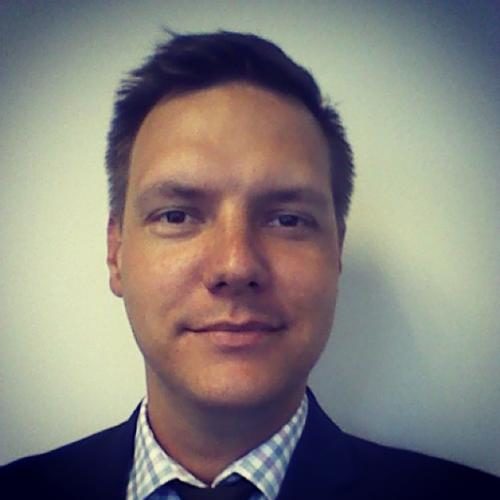 Balint is a happily married proud father of one, and a dedicated self-proclaimed “workaholic family man.” He holds a B.Sc. degree in Engineering Management, as well as a M.Sc. degree in Business & Managerial Economics, and has an extensive background in technology, product strategy, and a pursuit of customer satisfaction. In his spare time, he enjoys time with his family but he is also a license plate enthusiast and an avid reader. Balint’s leadership helps to build a smoothly working team that is always ready to step up to the challenge for our clients, and to serve as a knowledgeable resource when needed.

Have you also recognized that new cameras tend to appear, one after the another – not just on highways but even in nice suburban areas? Is it something that should worry you – or the key for a safer and more convenient everyday life? We all have different views about that.

There are undoubtedly more and more cameras around us, and nobody likes to be under surveillance for sure – but for having the whole picture, we should see beyond the optics. That’s what we intend to do in this article: focusing on the concerns related to Automatic License Plate Recognition (ALPR) and sharing our thoughts – from a developer’s / manufacturer’s point of view. By the end of our article, you will have a better understanding of why and how these devices are used and how your life is affected.

What makes a camera a license plate camera?

First off, let’s see how a license plate camera works: it’s an imaging device, of course, capturing passing vehicles (or only some parts of them, like their front or the back, especially the plates) – and forwarding the images to a central server. The system, including a so-called ALPR software (Automatic License Plate Recognition), detects the license plate, recognizes its characters, and transforms them to digital alphanumeric data.

The information is then saved to a database or used for opening a barrier or gate, after verifying the license plate number. Some of these systems are governmental, while others are purely for commercial (or even private) use.

If you see a license plate camera, here’s what it does

Don’t let yourself be misled by the view of a camera: their application area is relatively wide, one can use the same camera for entirely different purposes. The following list will show some typical locations where you often come across CCTV / license plate cameras:

As you see, the application area of ALPR cameras is huge – and such devices may be used/owned by various organizations. This is also one of the reasons why people have concerns regarding these devices (maybe you too) – so we collected those typical doubts encompassing ALPR that make this topic really controversial.

(Your) concerns related to ALPR cameras

Are you familiar with ALPR? Either yes or no, we can agree that this topic is quite controversial. An article at eff.org includes several of the concerns that frequently come up.

For example, people worry about their license plate data being available to governmental bodies, hence they may end up being blamed for something they have nothing to do with. Quoting the article:

People imagine that if a crime is committed, an association member can hand over to police the license plate numbers of everyone that drove past a camera around the time the crime is believed to have been committed. But this will lead to innocent people becoming suspects because they happened to drive through a specific neighborhood. For some communities, this might mean hundreds of cars end up under suspicion.

Another doubt, related to ALPR is that these systems are not 100% reliable, and inaccurately recognized plates may lead to potential issues:

Like all machines, ALPRs make mistakes. And these mistakes can endanger people’s lives and physical safety. For example, an ALPR might erroneously conclude that a passing car’s license plate matches the plate of a car on a hotlist of stolen cars. This can lead police to stop the car and detain the motorists. As we know, these encounters can turn violent or even deadly […]

Moreover, the article goes on and states that having such kind of data collection does not really have an effect on actual crime rates:

[…] the assumption that surveillance will reduce crime by either making would-be criminals aware of the surveillance in hopes it will be a deterrent, or by using the technology to secure convictions of people that have allegedly committed crimes in the neighborhood. However, there is little empirical evidence that such surveillance reduces crime

We completely understand these concerns and do not dispute that the mentioned negative opinions are based on real personal experiences. We just would like to provide some explanation and important details that may prevent any kind of fake news on this topic.

As every modern technology, ALPR also needs time to be accepted by most people: we have to see the real benefits such systems provide. Regrettably, if any unfortunate events happened due to the malfunction of these devices – it will only lower their judgment.

However, we feel that the mentioned article does not show the whole picture – only focusing on some negative opinions, denigrating a valuable technology, that is developed by companies (like us, Adaptive Recognition) entirely with the best of our convictions, in order to make the world a safer – and a better place. This is why it makes sense to walk around this topic and shed another light on the technology that has been actually part of our lives – for three decades (!) now.

How we see ALPR

1. ALPR can indeed make errors (if not the right technology is used, or not in the right way)

Though AI is hot and trendy, seeming to be super-efficient, not all of these technologies are perfect. The accuracy rate of plate reading and the detection of vehicles are performed on quite different levels by the available products.

Make sure to use only such technology that has been thoroughly tested before applying it in any live project. How does it work in… bad weather, low light conditions, how does it handle damaged plates, etc.?

We do not have information about the quality of products used in the example above, but at Adaptive Recognition, our goal is to help our customers achieve the best possible results and guide them towards reliable system operation – in some projects, even above 99% recognition rate.

However, even if the technology is reliable, it can still be used in an incorrect way – producing questionable results. The more complex the system is, the more aspects you need to consider: is the camera angle correct? Does it have enough FPS rate? Does the camera stream have over-exposure? So many factors that we cannot check in the specific example – but you have to consider all of these, in every project.

Make sure to buy your system only from such company which can guide you towards the reliable operation, can give expert assistance and always, always: test twice.

2. “ALPR does not reduce crime” – on the contrary!

Sometimes even the sight of a camera is enough for burglars to turn away from their plans, but of course, the effect of these devices is more diverse.

It may sound trivial, but makes sense to emphasize: an image, captured in the right moment may be justificatory evidence during a case. Using such technology, cases can be completed quicker and with greater confidence. Just to mention an example, in a South-African suburban area, our license plate recognition software solved the case and helped authorities identify a group of burglars.

Of course, one example will not prove anything – this is why we go further and present some of the relevant statistics, too.

A study of 422 burglars found that security cameras were the most effective deterrent to burglars. 60% of the burglars said that they would pick a different target if they knew that a building or site had security cameras, and if they didn’t know ahead of time then 50% said that discovering surveillance cameras would cause them to abort the burglary.

Actually, there’s even more than the reduction of crime rate – as ALPR cameras take effect on the number of accidents, too. License plate cameras are oftentimes equipped with speed measurement and it’s a proven fact that such enforcement contribute to making our roads safer. The following statistics is quoted from an extensive study, written at the London School of Economics:

3. Having your license plate captured does not mean that you’re in trouble

It does not necessarily make you a suspect if you were driving close to a crime scene. Police operations are much more complex than that, their assumptions are not as simple.

Think about it: there was a murder near a high-traffic road with a couple of hundreds of vehicles passing by every hour. Believe me, they will not put automatically on the suspects’ list just because they were near. For being a suspect, several factors should match, not only being nearby.

Based on the lines we quoted above, it’s also possible that somebody wanted to malign the technology that, in fact, offers real benefits, as we pointed out.

ALPR, of course, is a much, much wider topic. In this article, we focused mainly on local neighborhoods, but ALPR offers several benefits elsewhere, too. For example, connecting it to speed measurement systems, efficiently decreases the accident rate. In vehicle access control systems, ensures a smooth drive-in experience, without the need of any manual supervision – offering even touchless workflow, which, especially now in the time of COVID, is a must-have feature.

ALPR is used in border control systems as well, or to modernize road toll control systems, and so on. To learn more about these projects, take a look at these case studies.

How you feel about ALPR, is still completely up to you, but we hope that this article helps you get some insights into the technology’s advantages and dissipate some of your concerns. If you have any feedback regarding this post, make sure to get in touch with us. 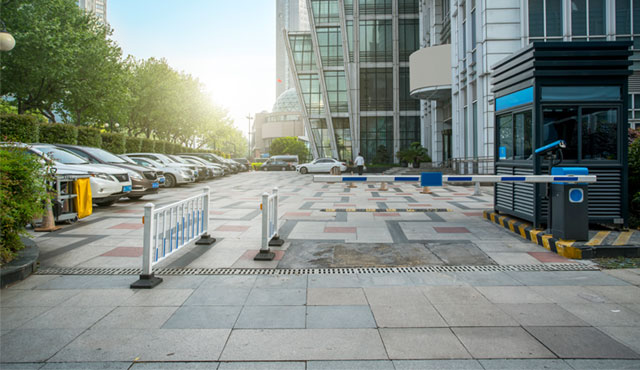 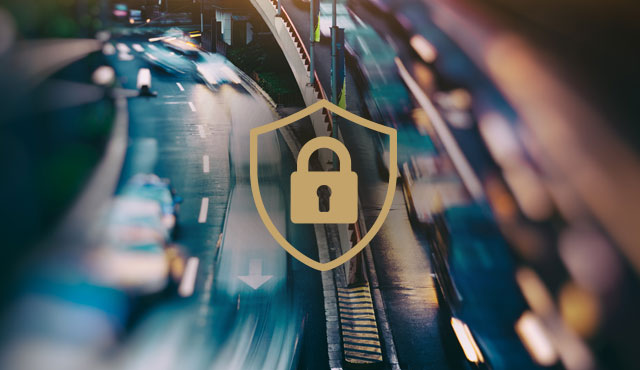 Is my data safe with a cloud-based ANPR service? 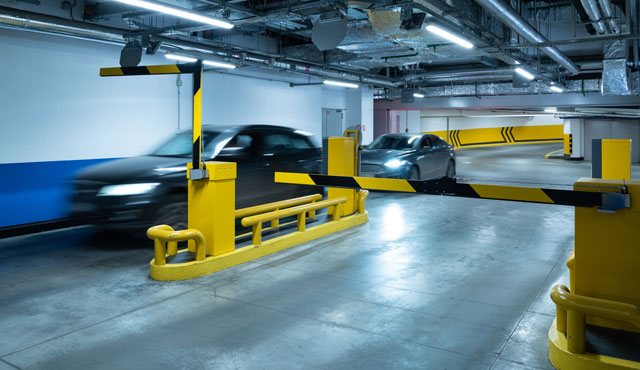 Your parking system is only as good as its ANPR engine